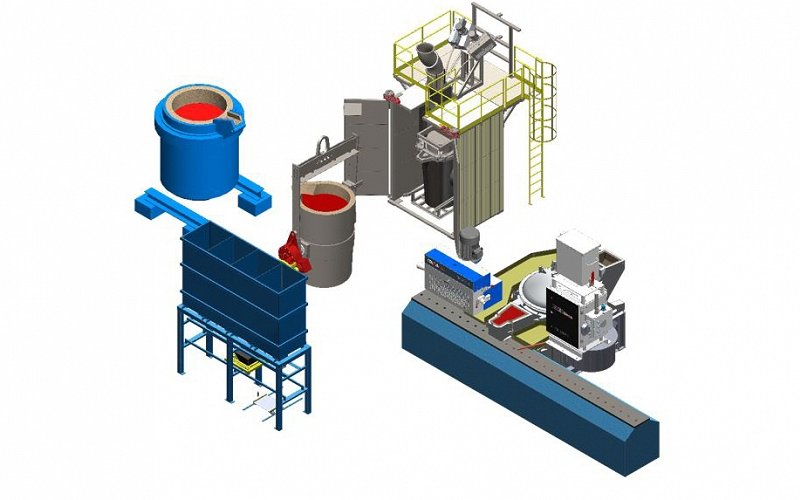 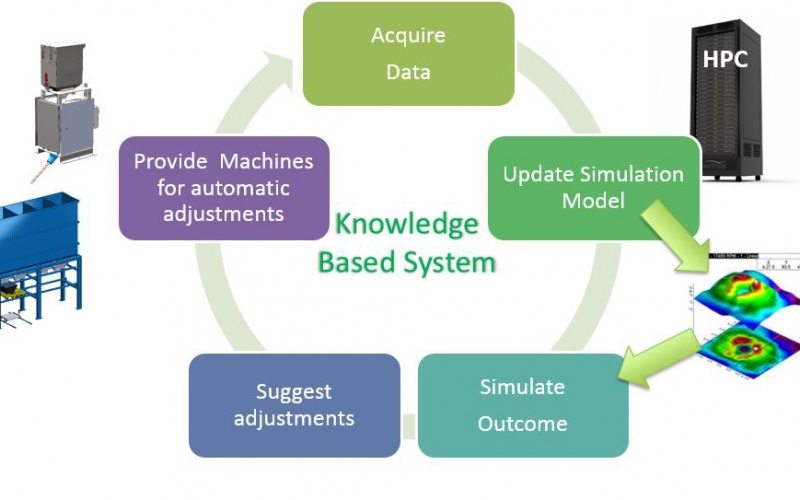 ProService s.r.l. is an SME based in Italy. Founded in 2002, it provides machines, tools and consultancy services for the metal casting industry, focusing on iron foundries. Noesis Solutions is a Belgian system integrator and independent software vendor. Its research areas include integrated simulation frameworks, large-scale optimization and high-performance computing. Fraunhofer SCAI is the Institute for Algorithms and Scientific Computing of the Fraunhofer Society, based in Germany.

The goal of this experiment was to reduce the scrap rate of the foundry process. A service was needed which could predict the behaviour of the current batch of metal to reduce the amount of waste. If it were possible to adjust the process in real time, the foundry could lower energy consumption and production costs. Using historical data from previous production runs was seen as the key to this problem, but this entails data analytics requiring computing resources far in excess of those available to foundries or consultants like ProService.

Noesis and ProService collaborated to develop a new adaptive process for controlling the liquid-iron stage of the foundry-casting process, based on Noesis’ Optimus software and ProService ITACA technologies.

The two companies worked together to create a model of the process based on historical foundry data, and provided the required expertise to deploy the solution on a Cloud-based HPC platform. Thermal analysis software is used to generate production data, which is sent to the Fortissimo Cloud-based HPC infrastructure. The correction model is updated by the HPC resources based on the production data, and then returned to the foundry system, where the correction is calculated and applied.

For ProService, the tools developed in the experiment mean it can realistically expect to reduce the scrap rate of a foundry customer from a current rate of around 3% to 2.5%. For a small foundry, this translates to a saving of €50,000 per year – with the number growing to €500,000 for the largest facilities. The ability to deliver this kind of saving to a customer puts ProService at a significant advantage over its competitors.

The experiment partners plan to offer the foundry optimisation tools as a service, marketed to end-users via the Fortissimo Marketplace. This is expected to provide an annual revenue of €236,000 for ProService.

The EU is one of the largest steel producers in the world, second only to China in terms of output. Around 11% of steel worldwide comes from EU foundries. With increasing demand for cast metal products from developing countries, ensuring the competitiveness of European foundries is key to tapping into a global market. Europe has more than 1,900 foundries. If just 10% of them were to use this system, with each saving the minimum potential of €50,000, this would mean savings for the sector in excess of €9.5M per year. The potential of this service is therefore extremely high.